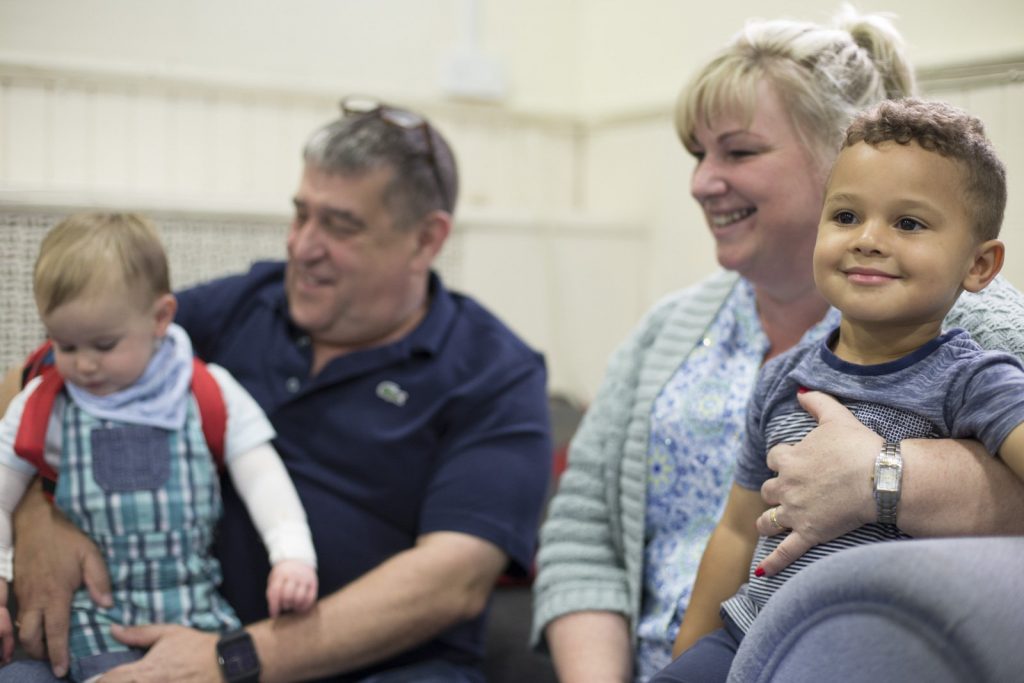 A new poll we’ve published today has revealed the increasing reliance of working families on grandparents helping with childcare.  The Survation poll finds that 1 in 4 working mothers (25%) would give up work if they didn’t have grandparents available to help.  With 4.6 million working mothers in the UK[1], that would mean over 1 million women leaving the labour market, while a further 1.7 million (38%) would reduce their hours.  Only 7% of parents said they didn’t receive any help from grandparents with childcare.

We completed the poll thanks to the support of players of the People’s Postcode Lottery.

“The summer holidays can be a really tricky time for working parents, and this poll shows just how reliant we are on grandparents stepping up to look after the children.  It also shows how crucial they are to keeping women in the labour market, especially with childcare costs rising.

What we can’t afford to do is take them for granted, and recognising how reliant we are on them is the first step to making sure that doesn’t happen – that’s why we’re really grateful to the players of People’s Postcode Lottery for making this poll possible.  With rising retirement ages, we have to be realistic that many grandparents will still be working, so supporting them to juggle both work and childcare is going to be absolutely key.”

[1] Figures from ONS Working and workess households in the UK: Jan to Mar 2017 https://www.ons.gov.uk/employmentandlabourmarket/peopleinwork/employmentandemployeetypes/bulletins/workingandworklesshouseholds/jantomar2017