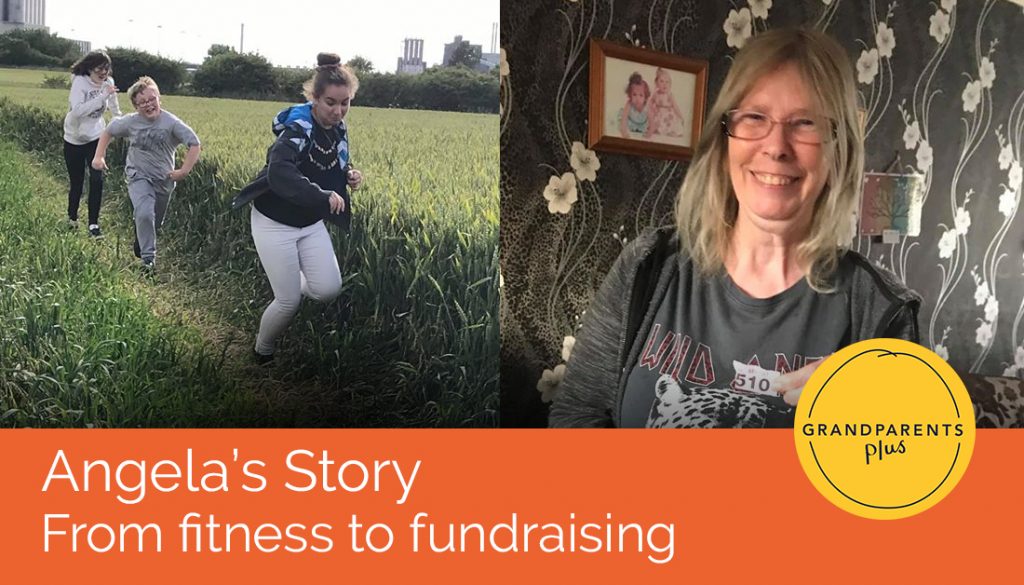 Angela Pierson, a grandmother caring for three children, started her journey with Grandparents Plus when she received a call from Project Worker Darren McGlen inviting her to join the local support group in Redcar co-run by The Link. She had recently moved from her hometown, leaving friends and family behind, so she was cautious about meeting new people. At the first group meeting she was very quiet and reserved; she was reluctant to return to the group a second time.

She continued with the support group attending once a fortnight, it took a while for Angela to find the confidence to share her story, but with each meeting, as more people opened up, she spoke out and never looked back. Angela then registered with Kinship Active during its launch at the Herlingshaw Centre, as she attended more kinship active sessions and support group meetings her confidence grew more.

As Angela’s confidence grew and she began to get more involved, she called up Sue to ask if she could do a sponsored walk to help raise funds for the support group. Sue supported Angela to set up forms and get things moving. Angela completed a walk from Redcar to Loftus with her family raising over £100. She also continued to find ways to raise money – including independently organising and running tombolas.

Due to her going the extra mile, quite literally, she received a prize, at our kinship celebration day, of a three-month gym membership. Angela attended the gym and enjoyed it so much that she invested in exercise equipment for her home so she could continue to exercise after her membership expired. She even added a Fitbit into the mix to help her regularly exceed the 10,000 recommended daily steps!. We celebrate kinship carers week every year and offer an assortment of free activities to our carers, Angela got involved and took some free beauty treatments, which she found really important, as it reminded her to make time for herself.

From the shy, reluctant character we first met, Angela has made so many positive changes. She is now on our Kinship Active steering group and helps to support other carers from her local support group. She also gained a grant from Buttle UK to help access financial support for her family. She continues to work hard to raise money for others and has been running some tombolas during the lockdown, getting the children involved, and then delivering prizes (while practicing social distancing) to local children from the group. She is a real asset to the group and just one of many carers who are working through adversity to improve their lives and the lives of others.

Kinship Active provides a supportive environment allowing kinship families to get more active together. Families have access to project workers, free or low-cost local activities, and a peer support network. If you’d like to find out more about Kinship Active and live in the Middlesbrough and Redcar & Cleveland areas then get in touch with Sue Wadwell on sue.wadwell@grandparentsplus.org.uk. If you would like to discuss how Kinship Active could work for your local authority, please get in touch with our Director of Programmes, Kate O’Brien on kate.obrien@grandparentsplus.org.uk.