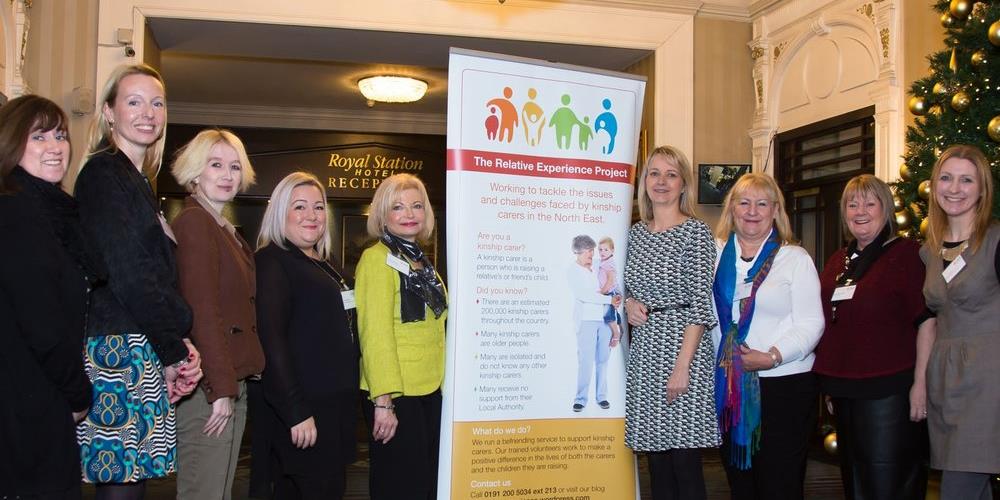 Support groups in the North East have helped a groundbreaking project supporting grandparents and other family members who are raising a relative’s child (as ‘kinship carers’) reach a new milestone – supporting its 500th carer.

Relative Experience, a unique project delivered by charity Grandparent Plus in partnership with Family Lives to support kinship carers across the North East, gives carers access to specialist help, support groups and a befriending service to transform the experience of both carers and the children they’re raising.

A network of 16 support groups is now running throughout the North East as a result of the project, who have helped reach more kinship carers, often in desperate need of support.

The North East of England has the highest prevalence of children – around one in 70 – being raised by kinship carers in England. These carers are often facing the unexpected challenge of bringing up children without access to local authority support.

Funded by the Big Lottery Fund Silver Dreams Fund, Relative Experience aims to help families get access to the services they need, and tackle the problems of social isolation reported by kinship carers through a network of support groups.

Dawn Jenkins, Relative Experience Project Manager, said: “We’re delighted to have reached this milestone.  The contribution of each of our support groups in reaching more kinship carers, and giving them a space to come and share their experiences is absolutely vital to the project’s success, and we’re grateful to everyone who helps keep them running.

“This project has shown the huge difference tailored support can make to the lives of kinship carers and the children they’ve taken on.  People from all walks of life can end up in this position, and without any direct entitlements many don’t know where to turn.  There’s a lot more work to be done, both here in the North East and across the country.  Around 200,000 children in the UK are growing up in kinship care, in danger of becoming an invisible minority, but with the continued support for projects like these, we can make sure that doesn’t happen.”