We’re proud announce that two of our brilliant kinship carers have been nominated for The Gateshead Awards. They let me chat with them to find out a bit more their experiences of kinship care and what the nominations mean to them.

Gillian has been nominated for Volunteer of the Year. Gillian is chair of the Gateshead Kinship Care Support Group. The group supports relatives caring for children in their family because their parents are unable to. Based on her own experience Gillian has approached her role with great dedication setting up a Facebook page, arranging trips for the group and helping people to access services. 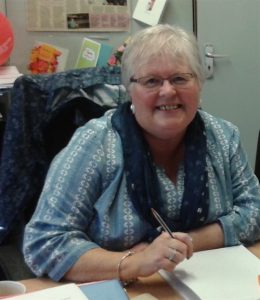 Q: Tell me a little bit about your experience being a kinship carer

A: I’ve been a kinship carer since 2009. Our grandson was two when he came to live with us; we got a phone call off social services: ‘Can you take him temporarily for 10 days until we get things sorted out?’ That was eight and a half years ago, he’s now 10. We were both working, I continued to work, but it was really hard. My grandson was diagnosed with muscular dystrophy last year, and my husband has taken early retirement, and we don’t get very much support.

Q: And how do you find the time to volunteer and lead support groups alongside your caring responsibilities?

A: It’s just a matter of finding time in between, and trying to do as much as you possibly can. It gives me a purpose, and a way to deal with things. It keeps your mind occupied. The group helps, support from project workers as well. You’re learning about things, and if you’ve got the knowledge it can be really helpful.

I’m very passionate about it. I would say there’s about four or five members who are there every meeting, and we’ve increased the meetings…I wouldn’t say we were missing each other, we just enjoy getting together. We have an official meeting every month, and then we go to our local civic centre and meet in the café once a fortnight.

Q: That’s brilliant, that you all support each other. What do you feel most proud of in your volunteering role.

A: Getting people to come and talk, we’ve covered first aid, fostering and adoption. Every event that there is, I go to, so that I can pass information onto the group. I met with our local MP, Liz Twist, at the Grandparents Plus conference, and I’m in the process of inviting her to come to speak at the group.

Q: Amazing. And what does it mean to you to be recognised locally, and nominated for The Gateshead Award?

A: When I look at the other volunteers, mine’s [my situation] nothing compared to what other people are. If you know there’s somebody out there then you’re not alone. You can find someone to listen, and feel better. The mayor who is presenting the award, she has been a kinship carer in the past! You come across a problem, and it’s not until you find out about what other people are going through…it is so amazing, and you think you’re the only one but you’re not. You’re not alone. You can help, but also you can listen. You’re not aware of these groups. The professionals are the ones that should be telling you, and it never comes from those channels, it comes from a friend and bumping into somebody. The doors just opened.

Linda has been nominated for Carer of the Year in the over 18 section. She is a kinship carer to her three grandsons, and has been involved with Grandparents Plus and the Relative Experience Project in the North East. 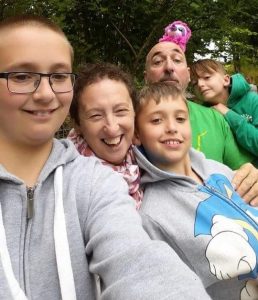 Q: Tell me a little bit about your experience being a kinship carer

A:  We’ve had our grandsons for 10 years. When they came to us they were 19 weeks, two years old, and five years old. Now one’ll be 10 in July, and 11 and 14 and a half. It’s been hard work over the years, but enjoyable. We wouldn’t change it. But it’s like grieving in a way, we had to give up being their grandparents, we had to be their parents, we had to put rules in place. Grandad’s here, James, and he’s our rock, and he’s absolutely fantastic with the boys. So it’s us, the boys, and 4 dogs. We also have guinea pigs and chickens to keep them occupied.

Q: Sounds like a handful, but it’s been rewarding as well?

A: Yes, the boys all had attachment issues. We had to make them feel loved and wanted and cared for, and we have.

Q: What does it mean to you to be recognised locally and nominated for The Gateshead Award?

A: It means the world to me, all of these years, we’ve struggled on, not getting help from the local authority, so it’s really lovely. I’ve only sort of got back on my feet since joining the Relative Experience Project and going to the support groups. It’s the first time that absolutely anyone has said ‘you’ve done a cracking job here.’ It’s a case of it’s lovely to be recognised for the fantastic job you do.

Q: So if there were other kinship carers out there thinking about getting involved with Grandparents Plus or going to support groups, would you encourage them?

A: Definitely. I was isolated when the children to school, my husband was working part-time, so if [project worker] Ancha hadn’t come out and seen me…I was deteriorating fast, we weren’t getting any kind of support. They put me back on my feet, putting me in touch with other carers who had the same problems as me. The support the groups gave me was absolutely wonderful, and they were there for me when I needed them.

A Massive congratulations to Linda and Gillian! Good luck and we can’t wait to see photos from the award ceremony.