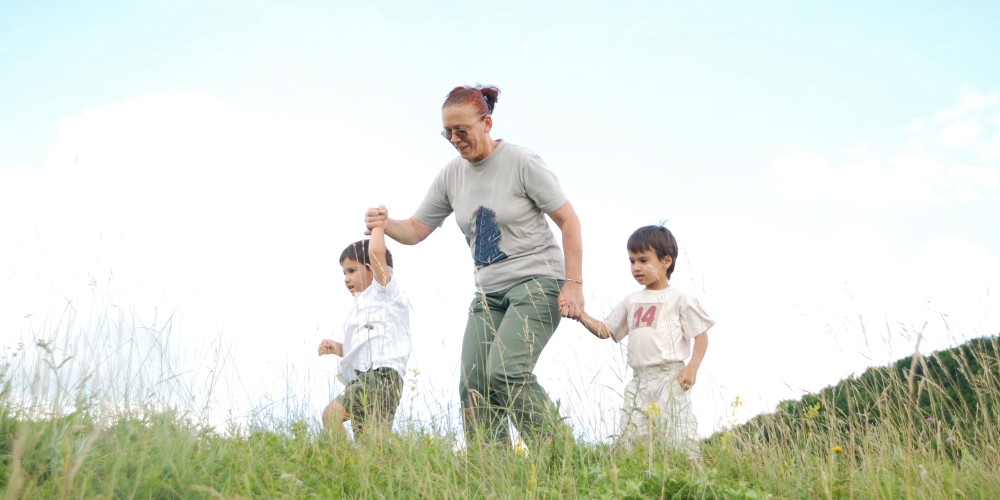 We’re delighted to be launching a new project to help kinship care families get active in Teesside.

The three year project, in partnership with Teesside University and Middlesbrough Football Club Foundation, has been awarded the National Lottery funding by Sport England as part of a national programme to help low income families get active with their children.

With over half being grandparents, kinship carers often struggle to maintain active lifestyles, and a recent survey showed that 32% of carers were worried about their physical or mental health and their ability to carry out their caring role.[1]  As an area, Teesside has one of the highest proportions of kinship care families in the country, with an estimated 2,200 children being raised by family members and friends in the region.[2]  The project will support families in Middlesbrough and Redcar and Cleveland with one-to-one support, personalised activity plans and local activity programmes.

We’re really excited to have been awarded this funding to help Teesside’s kinship care families get more active together.  We’ve been working with kinship carers across Teesside for a number of years, and we’re constantly amazed by their incredible commitment to the children in their care.  One thing they’ve told us they struggle with is how to maintain an active lifestyle, which is why we’re so pleased and grateful to National Lottery players and our partners at Teesside University and Middlesbrough Football Club Foundation for making this project possible.  I’d encourage carers in Teesside who’d like to get involved to join one of our support groups, and to keep an eye out for more information in the next few months.

I am delighted to work with Grandparents Plus on this project which is unique in terms of promoting intergenerational physical activity intervention for grandparents raising grandchildren. There is a dearth of research in this area and our project has the potential to support the overall health, wellbeing and relationship for kinships families in the most deprived areas in our region.

Grandparents Plus is a terrific initiative which diligently supports kinship care families, and thanks to recent funding by Sport England, it will give both children and guardians a wonderful opportunity to enjoy physical activity together.

There are a number of kinship care families on Teesside that will reap the rewards of this programme, and together with Teesside University, we are confident this ground-breaking project will be hugely beneficial to the community.

More details about the project and information on how to get involved will be coming soon.

[1] From Kinship Care: State of the Nation survey, Grandparents Plus, 2018; available at: https://www.grandparentsplus.org.uk/state-of-the-nation-2018-survey-report

[2] This is according to analysis of 2011 census data by the University of Bristol; available at: http://www.bristol.ac.uk/media-library/sites/sps/documents/kinship/Kinstat_%20Briefing%20Paper%20001_V2.pdf