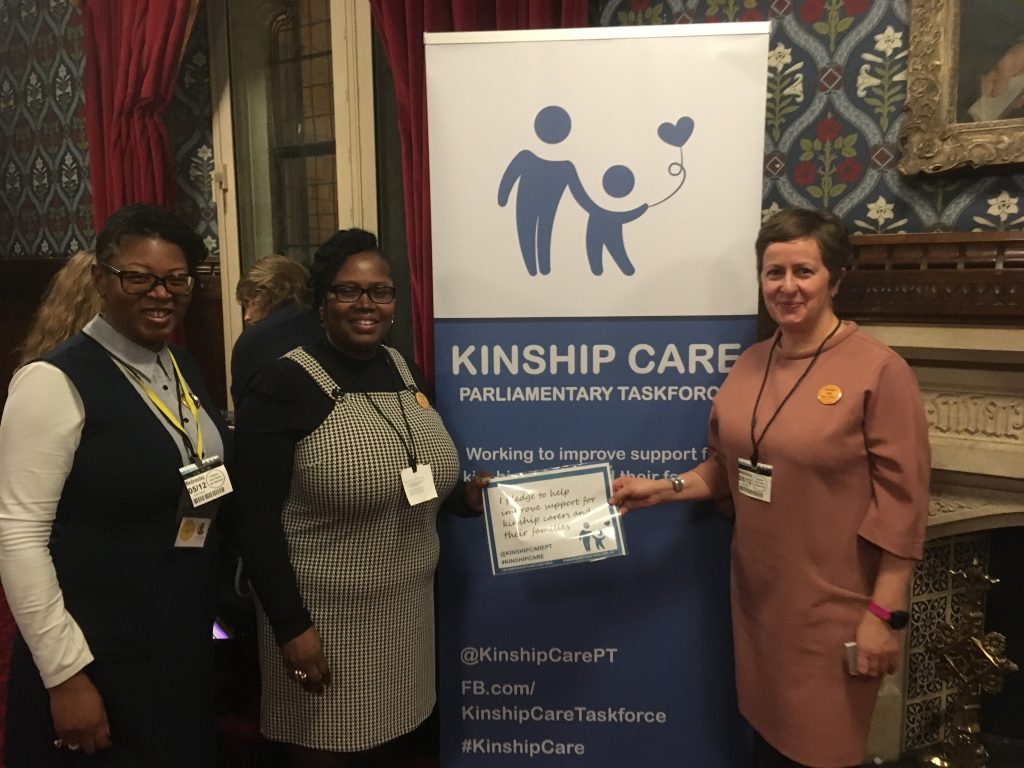 When you start work at Grandparents Plus, there’s a point that I’ve come to think of as ‘the moment’.  It’s happened to all of us who aren’t kinship carers ourselves, and it’s the thing that gets us up for work every morning.  In truth, it happens again and again, but always the same way: it’s when you hear a kinship carer tell their story. A story that is raw, powerful, shocking, a gut punch that stops you in your tracks, that stays with you forever. A story that shows how utterly broken the system is that allows families and some of the country’s most traumatised children to be treated so poorly. It’s the moment of truth that demands action.

Part of what we do at Grandparents Plus is work with kinship carers to make sure their voices are heard, so that as many people as possible have those moments too.  As the charity with the largest network of kinship carers in the country, we’re often asked to help arrange opportunities for carers to take part in research, or for carers to meet MPs and other people who can help to influence change.  We’re always so grateful for carers’ bravery and willingness to speak out, and for sharing our belief that the more people who understand kinship care, the more support there will be as we fight for real, lasting change.

Progress can happen in different ways.  In the last few weeks we’ve helped to arrange for MPs on the Kinship Care Parliamentary Taskforce to meet carers from across the country.  We’ve also seen a new study looking at special guardianship launched – informed in part by a group of special guardians involved in our Kinship Connected support programme in London.  Huge thanks go to all the carers who shared their experiences.

Both represent important steps towards change.  The research, led by Professor Judith Harwin at Lancaster University, is an important part of a growing evidence base that recognises the benefits of special guardianship for children, but importantly calls for more support for special guardians across the board.  The Parliamentary Taskforce is aiming to transform support for all kinship carers – and will hopefully mean we’re closer to getting kinship care recognised in law.

None of this would be possible without kinship carers willing to go beyond their comfort zone and talk about some of the most difficult times in their lives. We’re committed to making those actions count, and we’ll keep working, until each kinship care story has the best shot possible at a happy ending.

Not part of our network yet? Join here.